Scrolling through photos on my phone, I came upon pictures from our son’s wedding two years ago. As mother of the groom, I was responsible for providing a rehearsal dinner. That was no easy feat when traveling 2,000 miles across the country from Oklahoma to Washington. The happy couple were outdoorsy types, so a formal dinner wouldn’t suit them. We found a casual pizzeria near the outdoor wedding site, and it ended up being the perfect setting for a casual, Italian-themed rehearsal dinner.

The morning of the rehearsal, we made our way to the flower market in downtown Seattle: Where we found bunches of inexpensive brilliant flowers: By early afternoon we braved Seattle traffic and made our way to the pizzeria in a neighboring town (Brooklyn Brothers Pizzeria in Everett, Washington): Earlier in the day we went to a Michael’s craft store and bought lightweight frames, black paper and chalk for signs: After leaving the craft store, we went to a grocery store and purchased cans of tomato sauce, which were emptied and rinsed to create containers for the flowers: Then we headed to the wedding rehearsal at the bride’s grandparents’ beautiful farm with a view of Mt. Ranier in the distance. I cried when my son walked me down the aisle to the tune of Ashokan Farewell (the theme from the Ken Burns PBS Civil War series). I cried when the music changed to the theme from the Disney animated film Up. I pretty much cried through the whole happy thing: After the rehearsal, guests received an invitation with directions to the location: 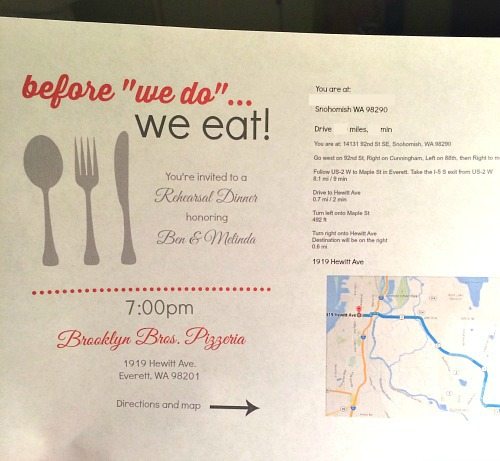 And a good time was had by all! We pre-ordered pizzas and had an open tab on soft drinks: 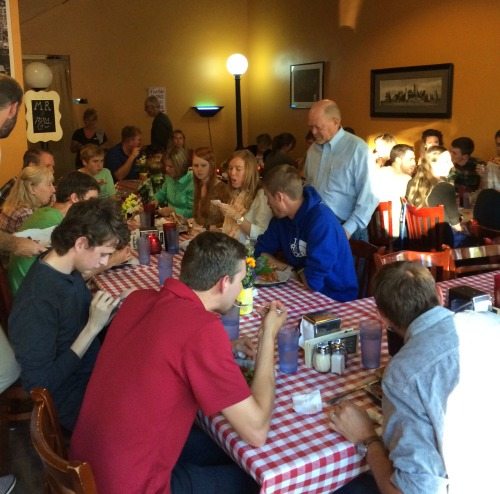 The dessert cannoli’s were so huge we cut them in half and they were perfect! 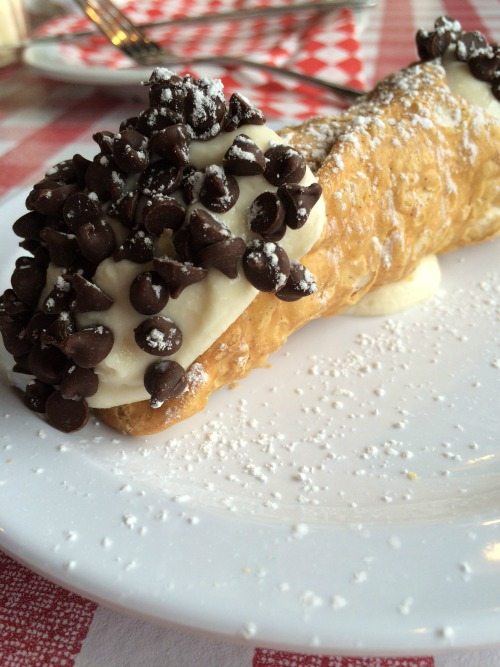 We ate, we drank, and the next day….they were married: 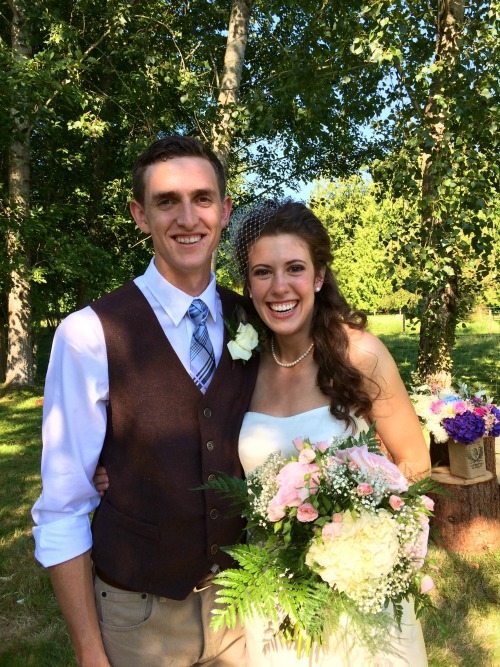 Hope you enjoyed this little walk down memory lane. Maybe there are some ideas you can use from our casual Italian-themed rehearsal dinner!