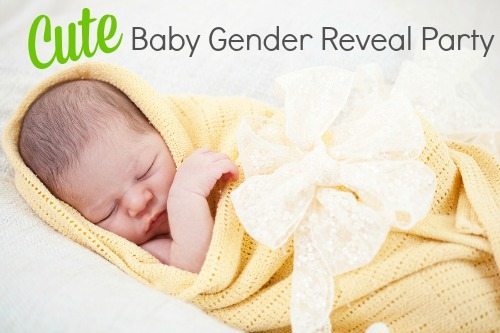 We’re a party kind of family, and when our daughter Sarah and her husband Chris were ready to announce the gender of their expected baby, it was party time. Extended family had already gathered for a potluck meal after church, so they decided to tack on a little baby gender reveal party in the afternoon.

Everyone gathered around and we played a game of “The Price is Right.” Sarah passed out a sheet of paper with photos of baby products and we wrote down our guess on price. When the answers were called out, the person whose guess was the closest without going over received a prize: a Baby Ruth candy bar tied to a ribbon. We also did a little matchup game of candy names, such as “$100,000 bar” with “baby’s college tuition.” 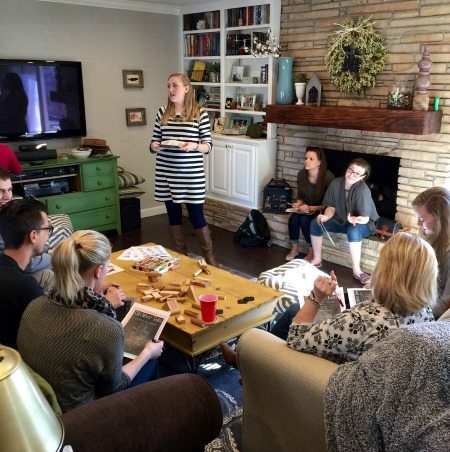 The last game listed various conditions, such as “Cravings: Sweet or Salty” and Sarah told us what had been true for her. Then everybody used this information to make their guess of Boy or Girl by folding the sheet of paper to reveal the blue or pink border, and Chris took pictures of everyone’s guess.

Later we laughed around the table about how nobody is creative anymore, we all just get ideas on Pinterest. 🙂

It was time for the Big Reveal. Everyone gathered in close around Sarah and Chris, who were holding a gift bag. Their little girls, Emma and Addie, were nearby. They reached into the bag, pulled out cans of Silly String, pushed the button…and sprayed BLUE string on everyone!! 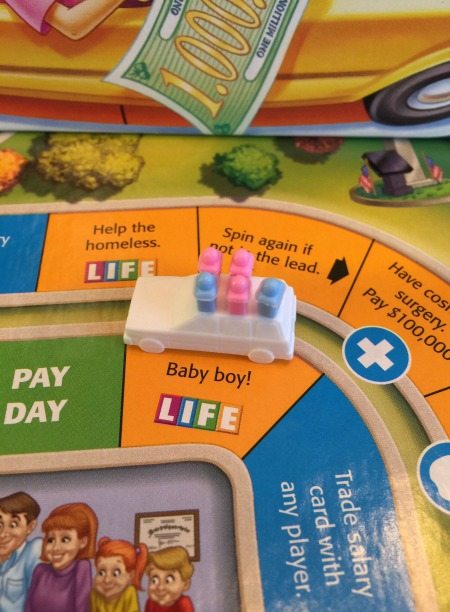