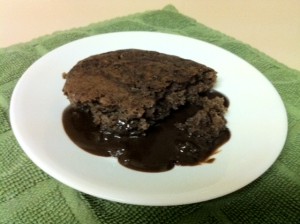 The night before the wedding, the groom’s family gathered at the bride’s tiny house-in-the-backyard-of-another-house to give wedding gifts.
There was a set of pillow cases hand-embroidered by the future mother-in-law, and a very special recipe book in a blue, miniature three-ring index card notebook. The recipes contained therein were favorites of the bride’s new husband’s family, and they were handwritten by his mother. Thirty years later, that notebook is splattered by cake batter and yellowed with age, but it is still used on a regular basis.
I was that naïve bride, grateful to be welcomed into a friendly new family. It was a few years before I used many of the recipes because I had to learn to cook first. Occasionally I added a recipe to the blank cards in the back, and those recipes chronicle my life journey. There is a recipe for our favorite holiday sweet treat, Scotcheroos, given to me by a co-worker at the bank, and another for a milkshake good for pregnancy protein. An aunt gave us her homemade ice cream recipe and it went into the heirloom book. Our favorite no-bake cookie recipe found its way into this tiny keepsake.
This is one of the most-used and well-loved recipes from the wonderful woman who is now Grandma to our twelve children. It’s probably a good thing that, all those years ago on that night, I didn’t know what the future held for our newly-formed family.
Pudding Cake
Cake:
¾ cup sugar
1 cup flour
¼ tsp. salt
2 tsp. baking powder
2 TBS cocoa
½ cup milk
3 TBS melted butter
1 tsp. vanilla
Mix cake parts and spread in ungreased 9×9 pan. Mix topping and pour over cake:
Topping:
½ cup sugar
½ cup brown sugar
¼ cup cocoa
1½ cups water
Bake at 350 degrees 30-45 minutes. Cake is done when top looks dry. Good dessert recipe for when you’re out of eggs. NOTE: We always double this recipe and use a 9 x 13 pan. It makes a top cake layer with pudding underneath. One of our sons never eats it hot. He always carefully dishes out a bowl of it, stirs it together, and places it in the refrigerator for breakfast the next morning.
The recipe book has become a precious heirloom as the years have passed, and pudding cake is definitely a comfort food for our grown children.   Like many simple gifts, I didn’t realize its worth at the time it was given. So it is with many of the gifts we give our families, including time and extra effort. You never know which of them will become an heirloom and warm memory.
Did you receive a simple wedding gift that you later treasured?  Leave a comment and share with us!