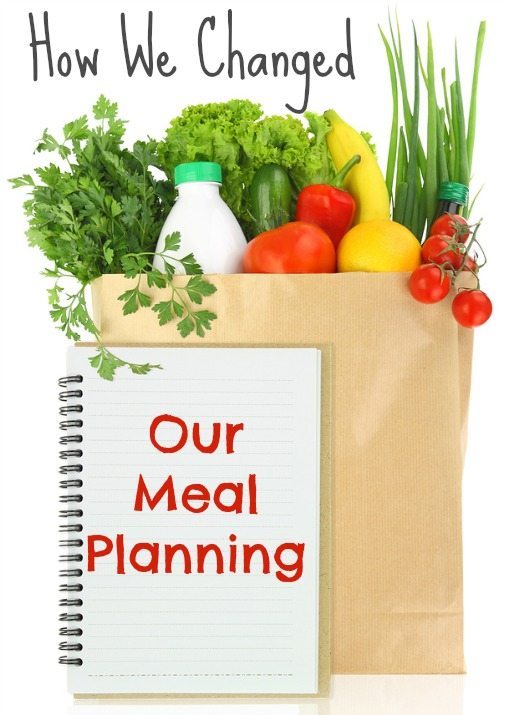 If there’s one thing I’ve learned about systems and plans while raising twelve kids, it’s that systems and plans aren’t permanent. Like a baby’s sleep schedule, just when you think you’ve got it figured out, something changes. Even a system that has worked well for years can come to a point where it just isn’t effective anymore. And that’s where we were with our meal planning when I knew something had to change.

For many years I have done our grocery shopping on Mondays because my husband gets paid weekly on Sundays. The important word there is “I.” Either I’ve been the only available person with a driver’s license or the other drivers have been obligated with classes or other responsibilities. When I had several young children and could leave them at home, grocery shopping was actually a bit of a break.

As our family has grown and my life has changed to include a home business, grocery shopping has become more of a chore than a treat. For a period of time while I was sick with severe sinus issues, my husband or older son were able to take over. But life changed–it has a way of doing that–and the responsibility fell back to me.

It didn’t take long for me to realize that solo grocery shopping wasn’t working for me. I realized it but didn’t do anything about it. Somehow I thought that things would settle down or I would get a handle on things. Didn’t happen.

Finally, while wandering around inefficiently in the store one day, I determined to change our system. The first step was a family meeting, where I explained the need for change. I’m pretty sure we’ll have to go over this again.

1) We had gotten into a rut with meals, eating the same ol’ things. Each of the four girls (ages 8, 10, 14, and 16) went through back issues of old cooking magazines. Their assignment was to choose at least one new main dish to try, and write down an ingredient list to be used for shopping. This little exercise will be repeated.

2) As a group, we discuss the meal list for the week and use that to make the final grocery list. Since they are the ones who clean the house, they often know better what we’re out of. This is the time for requests for treats or meals, and reminders about upcoming events.

3) On Monday evenings we either eat an early supper or treat ourselves to a favorite fast-food meal. Then all five of us (or six, if their brother joins us) head to the store.

4) We divide the list and send the older girls out on missions. The goal is to see how fast we can get in and out of the store!

5) The girls carry the groceries in and put them away. I personally like this part.

6) The girls are responsible to cook “their” meal during that week or the next.

It had gotten to a point that my brain was so full that I literally couldn’t come up with a menu plan. You’d think that 34 years of planning meals would have made it a natural reflex but instead, it was a breaking point. Watch for those.

The key is to HAVE a plan. Lack of a plan leads to too many convenience foods and drive-thru meals. The second key is to keep the plan SIMPLE. No forms to fill out, no five-course meals. Keep it doable and delicious.

As an aside, my wonderful husband took it upon himself to do a deep-clean of the pantry before we set the plan into motion. He figured it would be less overwhelming for the girls if they had a clean and organized base to start with. That, my friends, was a pretty romantic thing to do. 🙂

Making our meal planning a team effort had a few false starts and adjustments, but it’s settling in now. Our Monday grocery run has turned into an anticipated outing. Sometimes we do some fun shopping first, before heading to the grocery store. The girls are learning life skills and doing more of the cooking. I’m relieved to get help and we’re eating better. It’s a win-win situation.

Is there a household system your family has outgrown? How could you tweak an existing routine to fit your current life situation?

I'm a grateful wife & mom of 12 amazing persons. I love to inspire & teach busy women to find beauty in everyday life by caring for themselves, creating comfortable homes with their families and living out ordinary days with grace and gratitude. I'd love to encourage YOU!

I'm a grateful wife & mom of 12 amazing persons. I love to inspire & teach busy women to find beauty in everyday life by caring for themselves, creating comfortable homes with their families and living out ordinary days with grace and gratitude. I'd love to encourage YOU! Read More… 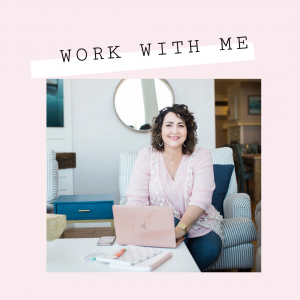 Fill in the blank: The biggest dream I have for my

Makeup tip: Have visible eyebrows. Some of us over

Getting started homeschooling? After 33 years and

Honestly, not my favorite pic. Not the fault of th

Is leopard a thing anywhere besides Oklahoma? Mayb

More From the Blog

Fill in the blank: The biggest dream I have for my

Makeup tip: Have visible eyebrows. Some of us over

Getting started homeschooling? After 33 years and

Honestly, not my favorite pic. Not the fault of th

Is leopard a thing anywhere besides Oklahoma? Mayb