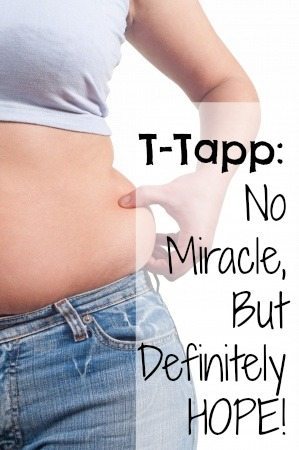 Being a longtime couch potato, or rather, recliner potato as I rocked and nursed babies for 25 years, I wasn’t really in the market for an exercise program. I didn’t live to go to the gym, wasn’t looking to get into a size 2 and certainly didn’t plan on spending large amounts of time on fitness pursuits.
Dreaming of a size 14, I set out to do a 15-minute workout a few times a week and call it good. The cool part is that the 15-minute workout morphed into an occasional 45-minutes, and the size ended up at 6. I worked hard, but the workout worked, and I saw my body transform before my eyes over the months. Eventually I became a T-Tapp trainer, and gained another perspective. When I look back on the journey, I see that I did some things that really helped, even though I didn’t realize it at the time. Let me share a few of those things as words of advice from a former size 22:
Keep going. Even when you get stuck, even when you’re not losing inches as fast as you think you should, even when you’re discouraged. I had several instances of slow progress. Four inches in four months doesn’t sound too motivating, does it? But I kept going and good things eventually happened.
Activate muscle. This workout is very effective and efficient, but only if you work it. When you reach away, reach  with straight arms (no loose spaghetti arms). T-Tapp is angular and controlled, not flowing and loose. No flopping, no relaxing. Anything. If you think a move is easy and a break, you’re doing it wrong.
Learn form. The free T-Tapp forum is one of the best places to get your questions answered in your quest for form tips. The basic T-Tapp stance holds the key to your results, so it is worth study and practice. It’s what sets T-Tapp apart. Attend a clinic, work with a trainer or do a video review. A couple of live clinics, online classes and one video review were instrumental in helping me progress in form. Realizing you’ve been leaning back or straightening knees can change the whole game for you.
Commit to sweat. Personally I don’t like to sweat, but I knew a certain amount of it was necessary. I changed clothes before and after a workout and planned on additional laundry. I didn’t quit at the first sign of exertion or when I got uncomfortable. After sweating through many workouts, I no longer sweat while climbing stairs.
Understand that sometimes it’s hard. There were a few times that I sat on the edge of the bed in the middle of a workout and cried. It was hard.I was very overweight. I had too far to go. But then I picked up the remote and clicked to “Meet the Team” and watched some success stories. If they could do it, so could I. God bless you, Berei (gorgeous red-headed 80-something-year-old T-Tapp staff member)!
T-Tapp is not a miracle, but sometimes I think it’s close to it. To have rehabilitated the abs of a mother of twelve is a pretty incredible feat. Teresa Tapp would say it’s not the workout, it’s the amazing design of the human body. But I’m grateful that she understood the mechanics and physiology of the body to create T-Tapp. It may not be a miracle, but the hope it gave me eventually led to an almost unbelievable transformation.
How has T-Tapp given YOU hope? Please leave a comment…