It’s easy to look at someone else’s success with a workout program and compare their situation to yours. And not many middle-aged, overweight women are encouraged by the six-pound weight loss of a twenty-something, bikini-clad model. It’s understandable that they would feel suspicious of T-Tapp when they see slender, fit Teresa Tapp on the cover of a DVD (but let me tell you folks, she’s the real deal!).

That’s why the true story of a 46-year-old mom of twelve who lost 100 pounds with T-Tapp may make you perk up your ears. But even then, you will be looking for similarities to your situation. You’re busy, you’ve lost hope for your middle-aged spread, and you’re not a gym rat.

T-Tapp:  I Should Have Struck Out

When I found T-Tapp, I had all that and more. Like a rookie player in the baseball game of exercise, I had these strikes against me: Huge belly, weak abs. I had 52” abs after having 12 full-term babies. My abs were shot, to put it nicely. Lots of fat accumulation and a muscle separation of at least four fingers. You could push down practically all the way to my spine and just feel mush—no muscle. Folks, I just did the best I could with my big belly. I had to modify some moves because my belly got in the way. As I lost sizes, my belly would keep me out of the next size down, even though my hips and thighs would fit. It got discouraging, but I just kept going. My tummy was the last to go, believe me. I didn’t even feel anything nerve-wise for a year and a half! But T-Tapp was still working, even when I got frustrated or felt hopeless about it. 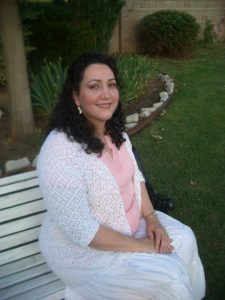 Super-busy life. When I found T-Tapp, I still had eight children at home and the youngest was only a year old. I was homeschooling six students and feeding and clothing the multitudes. I was busy from the time I opened my eyes until my head hit the pillow at night. I made a decision that it was “my year.” I took the time for myself. And it wasn’t even that much time, mind you. About half an hour in the morning by the time I changed clothes and did a workout. But I shifted my perspective about being “too busy” to take care of myself. I realized it was kinder to my family to care for myself than to give them the scrapings and scraps of limited energy that I had.

Very limited budget. As a single-income family, our budget was extremely tight. I could not afford T-Tapp. But I couldn’t afford thousands of dollars in medical bills either. It was initially a one-time investment anyway, except for replenishing my alfalfa supply each month (I always bought it on sale, and bought several bottles at a time). It was the best $100 I ever spent in my life. (I started with the T-Tapp Total System)

No fitness background. To this day, I’m not real sure what an elliptical is. I went to a gym once and never returned. I thought that exercise meant “an hour a day in the gym, six days per week,” and that was definitely not for me. So I did nothing. T-Tapp requires no gym, no weights, no equipment. It doesn’t even take much room: a four foot square of space. You can use a small TV or laptop in your room….with the door shut. T-Tapp was perfect for a very overweight, non-fitness person like me, because I could do it in the privacy of my bedroom.

With all of these strikes against me, you’d think it would be impossible to succeed. Not so with T-Tapp. The inch loss and reshaping that began from the first workout were so encouraging, I got on first base. Then I kept playing and eventually ended up with a home run, losing nine sizes over a year and a half.

I bet you feel like you’ve got some strikes against you. List yours so we can brainstorm how to overcome them!