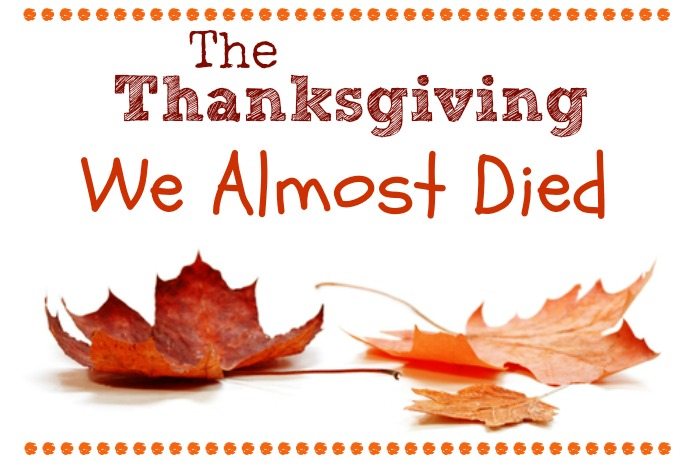 NOTE: This is a re-post of an article from the blog archives that I post almost every year. 2018 is the 32nd anniversary of this true story.

The baby was six months old and he wasn’t quite crawling yet. He happily joined in the general noise and play of his two sisters and a brother, ages twenty-two months, three and four. Four little children, aged four and under. 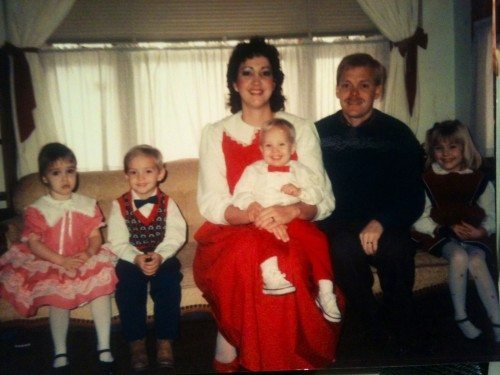 We were living in a small white frame house while my husband went to college and worked full-time. My days were spent changing diapers, doing laundry and reading aloud toddler books, but I was doing what I had always dreamed of doing and it was a happy time.

Thanksgiving was approaching and the weather had turned bitterly cold. We were grateful that our old floor furnace had been replaced a few days earlier. With the old furnace, we had to turn the heater off and on by hand according to the temperature of the house. At last we had a working thermostat, so the house stayed comfortable.

A couple of days before the holiday, the children and I came down with the flu, one by one. It started out with mild nausea but as the hours passed, the nausea became severe and was joined by a splitting headache.

My husband was in and out of the house, attending class and working, but by Thanksgiving Eve he, too, succumbed to the illness. When he was in the beginning stages of feeling sick, something odd began happening.

One by one, friends and family began to show up on our front porch. Some had heard we were sick and they brought food or wanted to check on us. One person brought a gift from a Sunday School class. No one wanted to catch the bug, so they all stood on the porch to talk, and my husband held the door open, secretly wishing they would all go away and let us rest.

The last visitor left at around 10:30 p.m. and we tried to go to sleep. By that time we were so sick we didn’t even bother to clean up the mess. We just moved to a different spot. The night passed as if in a nightmare.

Thanksgiving morning dawned but there was no turkey in the oven. There was a strange, silent atmosphere in the house. Everyone had reached a point of either crying about their headache, being sick or passing out, literally. The baby would rock on his hands and knees, and then collapse and sleep. I felt an odd detachment and I remember thinking that I felt so sick that if one of the children had died I wouldn’t care.

By mid-morning I finally decided to call our family doctor. He told me that the flu was going around and it was Thanksgiving and we could call him back tomorrow. A little while later I called again. I told him we couldn’t stand the headache anymore and my babies were crying. He reluctantly agreed to meet us at his office.

We staggered around and loaded four little ones in car seats. We took bowls to pass around on the trip.

When we reached the doctor’s office he took one look at me and ordered us to the hospital emergency room.

At the ER I went inside and left my husband in the car with the babies, as they were all too sick to unbuckle car seats and walk inside. A painful but quick test for my blood gas levels found a carbon monoxide level of two hundred times normal.

The hospital staff went into action. Someone yelled “there are babies in the car!” and somehow they got everyone inside and on oxygen within moments.

We were later told that our pastor and a friend went into our house to get some things for us. They said that the house had an eerie feeling of something very wrong.

A friend who worked at the local gas company went into the house with a carbon monoxide detector and it turned black when he stepped in the front door. The gas company later told us that we would never have made it through the second night.

A furnace exhaust pipe had been completely clogged by a squirrel’s nest, and turning the old furnace off regularly let enough fresh air in to prevent harm. The constant running of the new furnace allowed the levels of lethal gas to build up.

The only thing that saved us the first night was all the fresh air that had been let into the house by the front door standing open twenty-six times with all the visitors.

Those visitors stood between us and six caskets.

We talked to several of our visitors later and they couldn’t explain why they came by. One of them was my husband’s brother, and he was getting married in a few days so he had a good reason to avoid exposure to the flu. Yet he came and brought food and stood on the porch in the cold because he felt compelled to do so.

We believe that God used every one of those people to save our lives.

But what if half of those people had brushed off the thought to visit by explaining it away or deciding they were too busy?

We never know how our small actions and acts of encouragement fit in the plan for others.

Every Thanksgiving we recall that milestone holiday, and are overwhelmed with gratitude that our lives were spared. My husband went on to become a pastor. Those four little children grew up and became 1) a teacher and mother, 2) a photographer and manager of a busy bike shop in a college town, 3) a photographer, musician and mother, and 4) an investigator in the state Attorney General’s office. They were joined by eight younger siblings who will also impact the world: 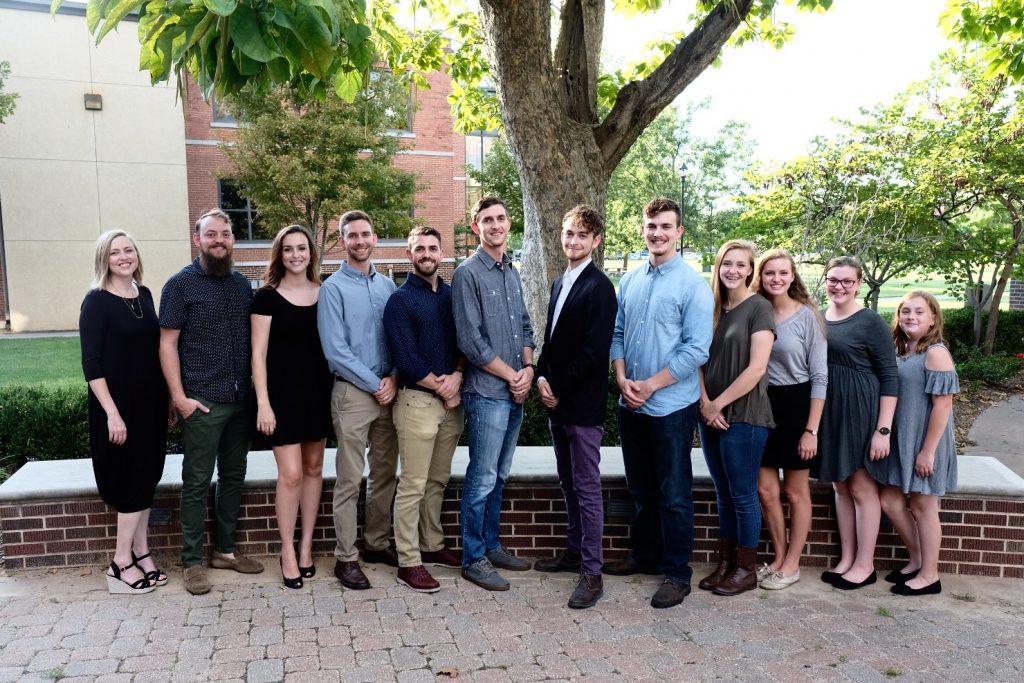 This Thanksgiving, be mindful of little nudges to encourage and minister to others. You will make their day….and you might save a life.