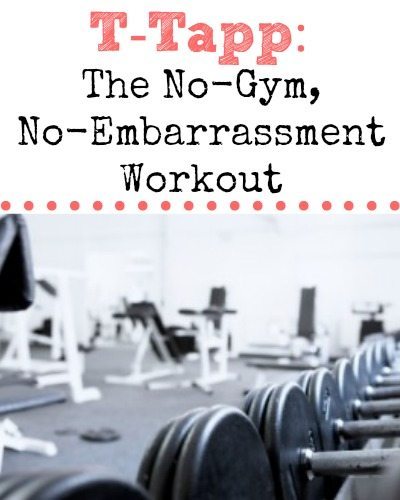 The gym membership sounded like a good idea. Months of illness and the resulting tonsillectomy had led to a semester off from college, so surely there would be time for a workout after hours.
[break][/break]The drive-in bank where I worked closed at 7:00 p.m., so the plan was to stop by the gym after work. I paid for the special introductory session and showed up the first night feeling self-conscious. The gym was a bit shabby and smelled of sweat and plastic. The bored attendant took me around and demonstrated the equipment.   I pretended to understand how everything worked and secretly hoped that I would be able to remember what to do the next time. It was a needless worry because I never returned.
[break][/break]Aside from a summer softball league in junior high, I had never been much of an athlete. I did the usual gym class in grade school and got a “C” one semester for an attitude problem. Eventually I got married and worked full-time at a bank, with fitness never entering my mind. As the years passed and the babies came, occasionally I would make a resolution to walk during pregnancy. Since the babies were usually 1-2 years apart it was easy to use the current toddler as an excuse to drop the walking routine after a week or two. Trying to get out the front door with a child hanging on your leg and two others standing at the door looking out longingly was not exactly motivating.
[break][/break]When I found T-Tapp, “15 minutes” was the first enticement and “in your bedroom with the door shut” was a close second. The convenience of working out in my home was perfect for a homeschooling mom with eight children at home. It meant no diaper bags, no car seat buckles and no unhappy children in a strange gym nursery. No equipment, no weights, no jumping. No embarrassment about my weight at a gym, no huffing and puffing in front of other people.
[break][/break]The privacy afforded by an at-home workout allowed me to start slowly and do what I could at the time, lifting my rather large thighs to do Hoe Downs at my pace. As a woman with many responsibilities and a high-stress lifestyle I wouldn’t have responded well to someone yelling at me like a Biggest Loser contestant. Everyone is different, but I preferred Teresa Tapp’s encouraging “Yes You Can” to a bootcamp-style instructor.
[break][/break]To be honest, the privacy allowed me to sit down on the edge of the bed and cry when it was hard. It gave me a safe place to wrestle with the challenge of changing my sedentary lifestyle. And it sheltered me from skeptical eyes and criticism during my tender foray into the world of exercise.
[break][/break]The privacy and convenience of T-Tapp was just what I needed as someone with more-than-the-average amount of weight to lose. I could shut the door on the world and focus on getting fit and well without feeling the pain of embarrassment in a public gym.