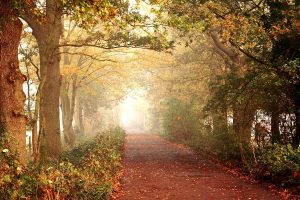 T-Tapp Journey:  Just Wish I’d Known
by Charlotte Siems
You know the old sayings:  “Hindsight is 20/20. “  “If only I knew then what I know now.”  We could say that about many of life’s journeys, including marriage and parenthood.  It’s also true for any other life-changing experience, especially one that takes time and a lot of work.
Five years ago I weighed 258 pounds, the pinnacle of being overweight for decades.  When I embarked upon a journey of exercising with T-Tapp, I had no idea where it would end up.  I just wanted to feel better and lose a couple of sizes for a wedding.  The thought of wearing a size 6 and being a fitness trainer never entered my mind.
In looking back on that journey and encouraging others on the same path, there are a few things I wish I’d known back then:
Just wish I’d known that l-o-n-g bootcamps are not for me.  I did one 12-day bootcamp with the T-Tapp Total Workout.  With my low fitness level and extra weight, it was not a good experience.  I burned myself out on that workout mentally, if not physically, and ended up having to take an entire week completely off afterwards.  After that it was really hard to make myself do the Total Workout again.  Since then I’ve stuck with rare bootcamps of only 4-5 days.
**Note on bootcamps:  A T-Tapp bootcamp is traditionally done with the Total Workout, doing the workout 4-14 days in a row.  It can jumpstart slowed or stalled inch loss, or rebuild mind-to-muscle connections.  A bootcamp can also be done with Basic Workout Plus, the Instructionals, MORE, a Tempo workout or others, it just won’t be a “traditional” bootcamp.
Just wish I’d known that the tummy was the last to go.  I had many moments of frustration as my tummy-that-had-stretched-during-12-pregnancies often kept me out of the next size down.  Good thing I didn’t give up, huh?
Just wish I’d known when I would reach my goal (and what my final size would be).  It would have been nice to know that on “July 14, 2008 I will reach a size 6.”  But of course that would have been impossible to know.  Probably a good thing, because I would have gotten impatient and/or lazy instead of consistently moving forward as best I could.
Just wish I’d known exactly what was going to work.  It would have been great to know that x T-Tapp workouts done x times equals x results.  But that, too, was impossible because my body was human and individual, and so was my life.  It was a Grand Experiment, figuring out what was working and how my body responded.  Everyone has to listen to their own body.
Just wish I’d known that T-Tapp was going to change me inside AND out.  I totally thought that I was just going to do a 15-minute workout a few times a week and lose a couple of sizes.  Little did I know that I would learn to love and accept myself, deal with many emotional and spiritual issues, get a completely new wardrobe, become strong and flexible, and start a business among many other changes.
I hope that some of these things that I wish I’d known ring a bell with you.  Perhaps they’ll encourage you in your own experience.  I don’t know for sure where you’ll end up, but I bet you’ll be really glad you stayed on the journey.
Please leave a comment below!
**********************