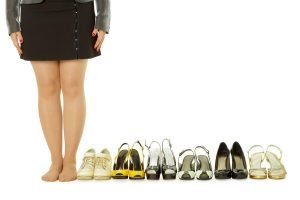 Have you ever been surprised by a bonus?  Let’s say you get in line at the store to buy a pair of shoes.  When the clerk rings them up, it turns out they were on sale AND there’s a coupon so you end up with a great, unexpected deal.

That can happen with T-Tapp.

At one point in my T-Tapp journey I had an “area of concern” which is Teresa Tapp’s nice way of saying “area of flab and bumps I don’t like.”  In this case it was upper arms and I was determined to make some progress because inch loss was s-l-o-w in that spot.

I was wearing a size 10 and thought I was at my goal size, so I had been happily shopping and buying my new wardrobe.

I did Tempo Arms for five days straight and then continued doing it one or two times per week for about a month, plus other mostly short workouts.  We’re talking 30 minutes, folks.

Since my body tends to show results from a bootcamp or harder effort 2-3 weeks down the road, not immediately after, I wasn’t expecting any big revelations.

Imagine my surprise when the 10’s started hanging on me.  I bought a pair of size 8 pants and they fit.  For about a month.  I sort of blew past the 8’s and ended up in 6’s.  I was absolutely shocked.  Tempo ARMS?!

Holding that T-Tapp stance while working the upper body is powerful.  Consistency is powerful.  T-Tapp is powerful.  I had spent the year before doing consistent T-Tapp and it had worked its magic internally, which translated into external transformation.

My body is still changing and reshaping–25 years of obesity isn’t going to completely rehabilitate in five  years, especially at age 52.  But hey, it’s a start.