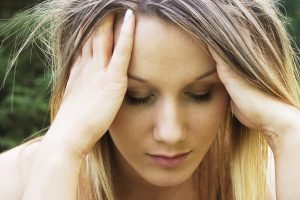 Burned out. Fed up. Ready to quit. Exhausted and stressed out.

Those words describe me about ten years ago. The exact circumstances don’t matter because we can all find a list of reasons why we’ve gotten to this point at one time or another.

But in looking back I can see physical, emotional and spiritual reasons why I reached that point. And boy, am I grateful that I hung in there and climbed out of that black hole, one handhold after another.

Like everything I write, been there, done that. I can say hard things because I’ve done the journey and in fact, I’m still on it. Dealing with the discouragement and overwhelm that so easily ensnares is an ongoing process but I can tell you that you can get better at it.

I’m not a doctor, nor do I play one on TV, but here are some things, in no particular order, that helped me when I reached a low point in my life:

Quit being a loner. I’m not naturally a real people-person, so it was easy for me to remain isolated when we moved to a new state and I had a new baby a few months later. And another one two years after that. At the age of almost 46. Eventually I realized that I needed relationships—some with skin on, some online. Cindy Rushton’s online classes and groups were a lifesaver during that season. At present I have regularly-scheduled lunches with different groups of friends.

Embraced femininity. This sounds odd, but I had forgotten about perfume and lacy underwear and sparkly pins on my coat. It was part of the healing process for me to buy a swirly black skirt with red roses and a matching red cardigan. It fed my spirit to fix up and feel pretty.

Got real with God but moved past the getting real part. What I mean is that I began to journal and tell Him all about it, but I forced myself not to stay there and wallow in my self-pity. Like the Psalmist, I had to get to the good part of the “nevertheless” and the “think on these things.” It helped to realize that this was a relationship, not rules. God wasn’t mad at me and He’s in a good mood.

Self-pity in its early stages is as snug as a feather mattress. Only when it hardens does it become uncomfortable. ~ Maya Angelou

Got out of myself and got support. At one point I realized that I hadn’t attended a homeschool convention in five years. We were supposed to go to one and it fell through at the last minute and I wept like a baby in the shower that morning. That was it. We made sure I went to the next event. I also sought out sources of support and education in between events.

Admitted to myself that I had mostly dug the hole myself. Being a martyr mom, always last in line for anything new, resigning myself to staying home when others had fun, blaming my husband, blaming my kids, blaming my circumstances, giving in to bitterness and resentment over my hard life…..It was my choice to do and think those things. The truth set me free.

Started taking better care of myself. The only time I took care of myself was when I was pregnant, and even then I didn’t do it very well. This was a fundamental issue of self-worth, thinking that I didn’t deserve to take care of myself. Eventually I found T-Tapp and that was the beginning of a new life, although I didn’t know it at the time.

Changed what needed to be changed. New homeschool curriculum. Simpler schedule. More dates with my husband. Time for exercise. And so on….

Quit being mean to myself.  I became aware of the constant barrage of thoughts like “You are such an idiot “ and “That was stupid” and on and on. We’re meaner to ourselves than anybody. It was a process to break the habit and develop a new pattern and I’m still working on it, but filling myself up with good input helped.

These things all worked together, among others, to bring me back from the brink of despair. It was a quiet and lonely desperation. I’m a pastor’s wife and a homeschooling mom and the mother of a large family. Any one of those roles brings with it a certain self-protection mechanism against the judgment and criticism of others.

These lessons were learned well for the most part. My inner and outer life have been transformed and I am one happy woman now. I open my eyes in the morning and think grateful thoughts for the love of God and the blessings in my life. I still catch myself going down the wrong road in my thoughts and have to rein myself in and take those thoughts captive, but I’ve gotten much better at it.

If you’re feeling burned out or just discouraged, maybe some of these ideas will make a difference for you. If I was there I’d give you a great big hug and assure you that it’s going to be all right, there’s light at the end of the tunnel.

Have you found ways to deal with feelings of being burned out? Please share them with us, it will help others.